“Presenting a collective opinion on stage is the only way” 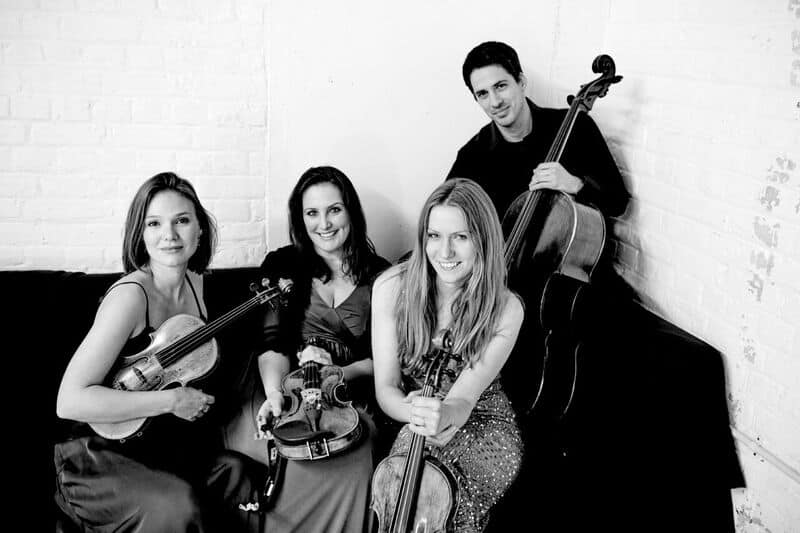 The music world has a wonderful way of throwing like-minded people together. Forged with the creative force of friendship, the Albion Quartet got together through different festivals and concerts in the UK and found that the dynamic between them worked. Now Brussels is about to embrace the Albions for the very first time and they are all set to return the favour. “Dvořák’s music is like a big musical hug!”

As an experienced newcomer on the international string quartet scene, the UK-based Albion Quartet will present itself as part of the Queen Elisabeth Music Chapel’s MuCH Music series. MuCH stands for intimate concerts in the Haas-Teichen Studio, in close proximity to the audience and looking out on the Sonian Forest. The series offers an opportunity for the general public to immerse itself in the heart of the Chapel’s music laboratory, presenting artists in residence, guest artists and rising stars.

Currently, one of these Artists in Residence is Rosalind Ventris, the viola player of the Albion Quartet. In one week’s time, on Wednesday the 24th of January, the ensemble will perform a 100% Dvořák programme, partly together with Master in Residence Miguel da Silva. “We’re all so excited to work with such a great musician and one of our quartet heroes. Much like taking part in a tennis match with an experienced player, opportunities like this really lift your game. We can learn so much by working with Miguel, who has a vast experience of this repertoire and genre.”

It is a repertoire the Albions are building up a particular affinity with. Especially focusing on Czech chamber music in the near future, the quartet will be recording four of Antonin Dvořák’s fourteen quartets for Signum Records later this year. For the programme of next week, they have chosen two of the composer’s most-beloved works, written in rapid succession during his successful three-year sojourn in the US: the joyful “American” Quartet (opus 96) and the magnificent third String Quintet (opus 97), sometimes referred to by the same nickname. “Dvořák’s chamber music is some of the greatest ever written. We have recently become interested in exploring historical recordings in relation to Dvořák’s works, which has given us an exciting new approach to his music in rehearsal. His music can be fresh, uplifting, warm, and is filled with beautiful melodies. He has a zest and sense of joy in life we could all do with in today’s troubled world. It’s like a big musical hug!”

An obvious first question given the upcoming concert in Brussels: why should the audience come and listen to the Albion Quartet on the 24th of January?

Albions: Why should anyone go to any live concert? The thrill of hearing music performed live is like no other! We sincerely hope to give people a life-enhancing experience, one in which they can lose themselves in the music and the moment. We’ll be producing something that cannot be recreated. As a quartet, we always aim to perform with integrity, in this case, having immersed ourselves in Dvořák’s oeuvre and working with Miguel, one of the great chamber musicians of our time.

Each of you has performed chamber music over many years, but as an ensemble the Albion Quartet is a very young one. At the same time the sound of a string quartet, although being in constant evolution, needs time to mature. Consequently, it seems to me that in forming a new quartet you need to work even harder than other, more established quartets …

Albions: We indeed do work hard to build our repertoire. This is a challenge, but on the positive side we all have a good deal of chamber music experience under our belts, in many cases having worked on our quartet repertoire before in previous groups, or having played a lot of chamber music by the composer we work on in the quartet already. We have a clear idea about why we’ve come together and what we want to achieve in the group too. Our collective vision is to bring the composer’s musical ideas to life. For us this means spending hours rehearsing, discussing ideas, and trying new ways of working, but being spontaneous in the moment whilst performing. The hours of work allow for that flexibility and trust in performance.

What are the most important qualities a string quartet should possess?

Albions: Some words immediately come to mind. Humility. Focus, for instance with intonation. We find ourselves continually building and exploring for intonation and timbre. Open mindedness, and, of course, listening – in the same way a painter sees.

The string quartet is about trying to be as one while retaining your independence and challenging your partners. How does this difficult straddle work out in practice?

Albions: We think one of the unique qualities of quartet playing is watching and hearing this four-way conversation. If one voice is missing orally, the magic is lost. Our job is to balance to each other perfectly, acutely listening to the three around us and adjusting our volume. Sometimes the composer requires us to play independently, as the soloist, leading our colleagues. The next phrase, we may need to take our sound and blend it to our neighbours, hiding away any individuality to create a new colour.

None of these nuances will be detected by the audience if just one of the four members doesn’t keep up his end of the bargain. It’s very early in quartet life that one figures out that presenting a collective opinion on stage is the only way. The other option leaves you with musical nonsense . To draw on a conversation analogy: a loud brawl where no words can be heard …

Following up on this, a violist once told me that musicians playing in a quartet need to concentrate foremost on what happens ‘in the middle’, so to speak, instead of focusing on their own part. To me it also seems as if, especially during concerts, a cohesive sound outweighs individuality, while during rehearsal this can be the other way around. What are the quartet’s thoughts on this?

Albions: We agree. We often rehearse in a cross formation – as opposed to the traditional performance layout – and speak of creating a sound literally in the middle of the group. We always try to have an ear for the corporate sound. In concert there’s that extra magic of having an audience there. It’s a two-way thing: we feed of their energy and they ours.

A highly personal question to round off: which string quartet is the most touching in the repertoire? Obviously, evoking tears of joy is also possible …

Albions: We all have a particularly soft spot for the slow movement (Adagio ma non troppo) of Beethoven’s “Harp” Quartet (opus 74). We all felt something extremely special on stage the first time we played this piece, at the end of a festival where we were in residence in France, the Sainte-Mère Festival. But the whole string quartet repertoire is something you want to explore over and over again because of its rich sound world. When you tap into the language of any great composer you will find yourself wanting more. 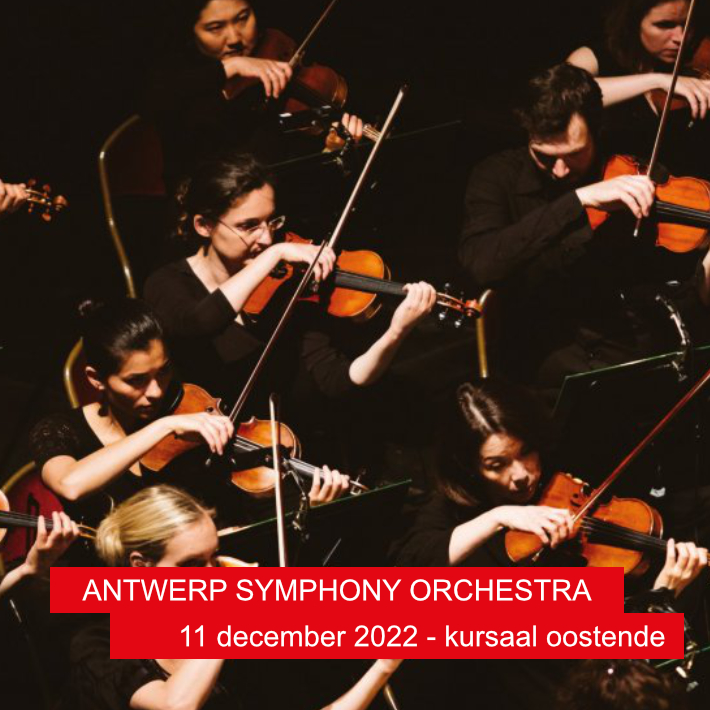 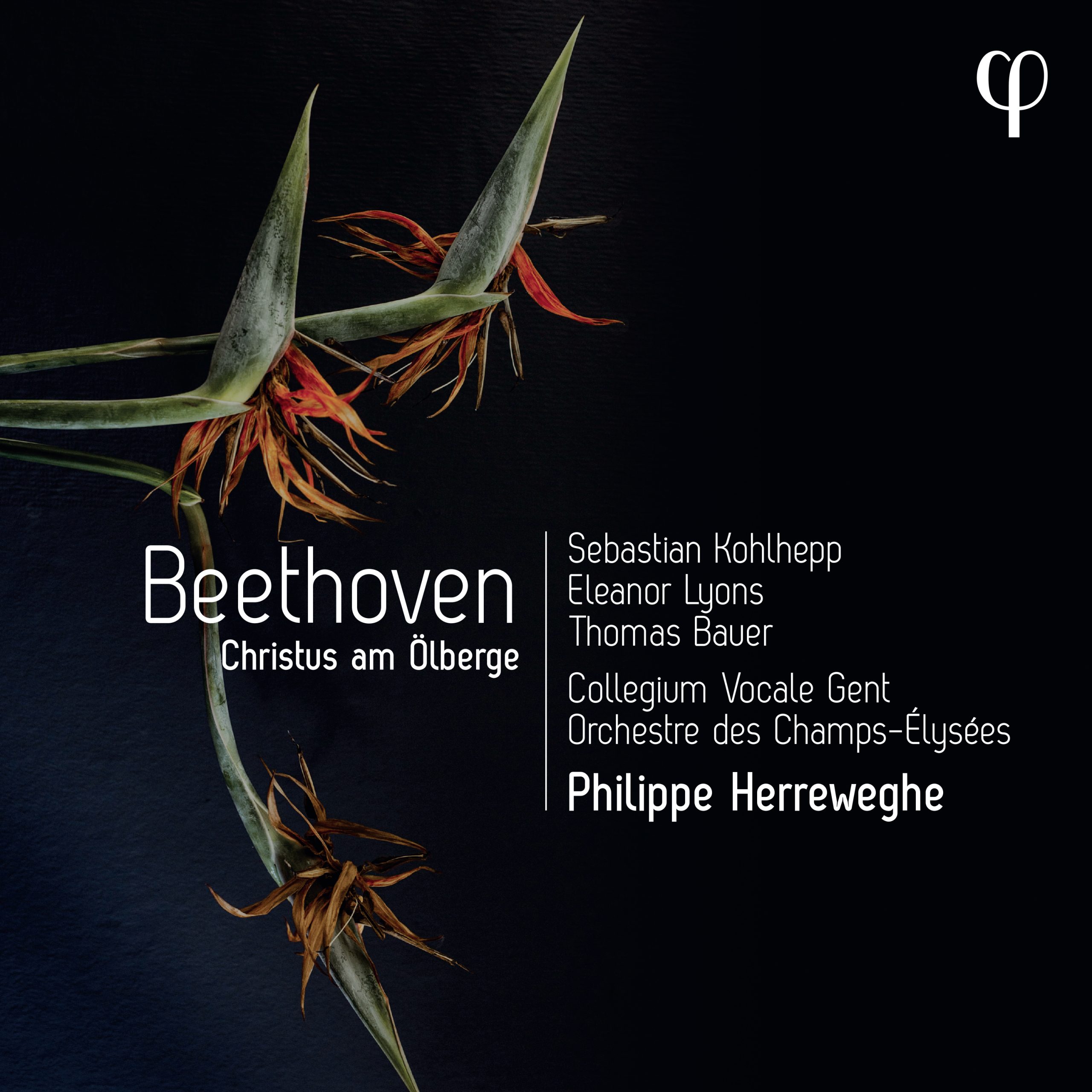 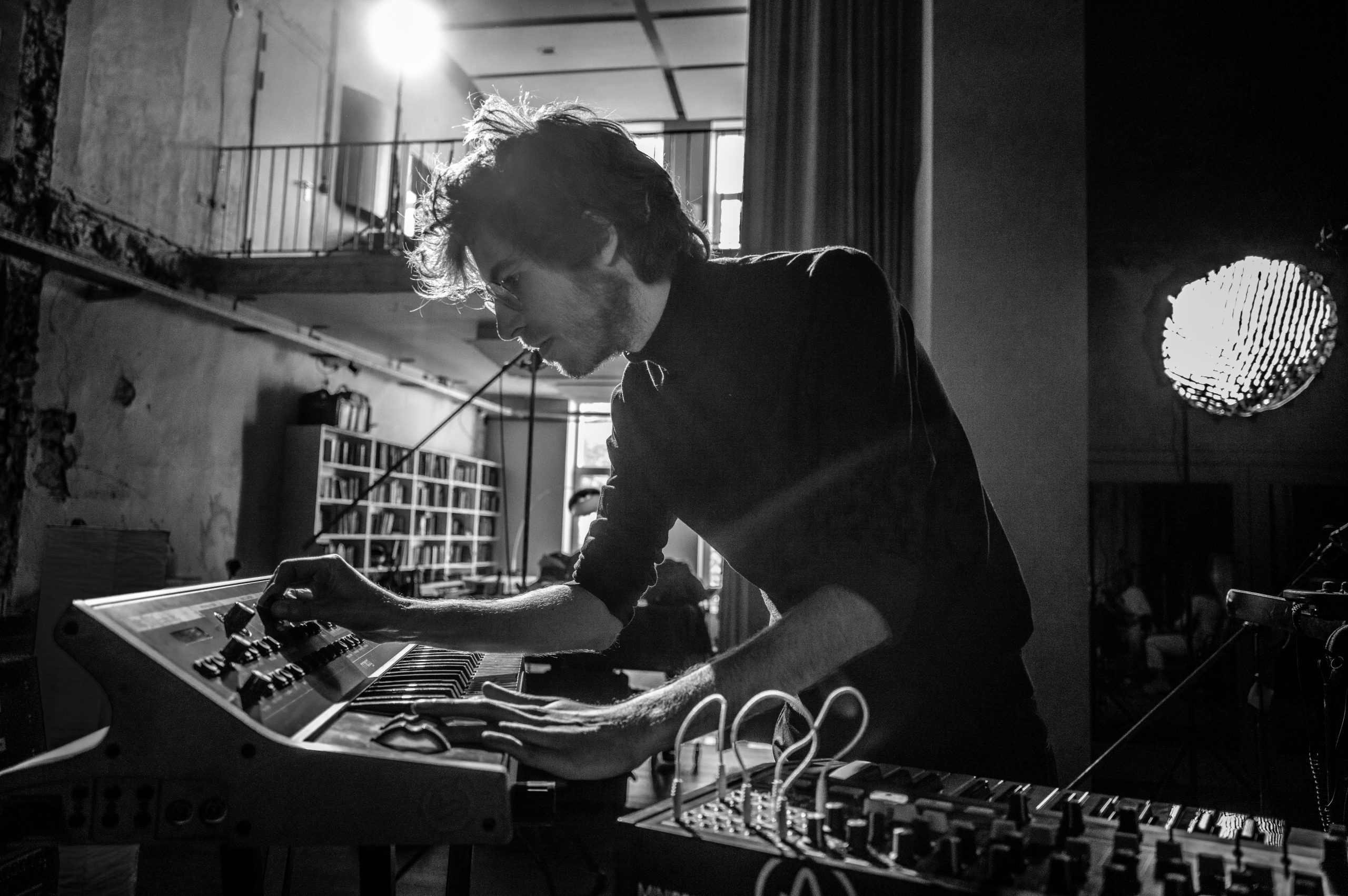 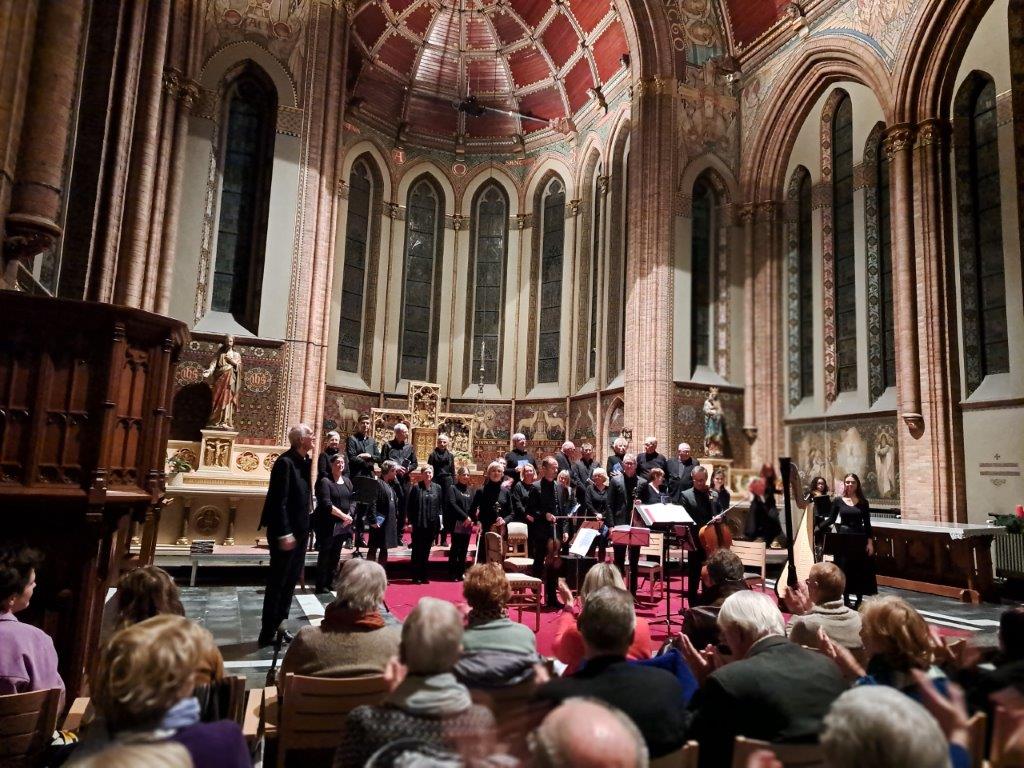 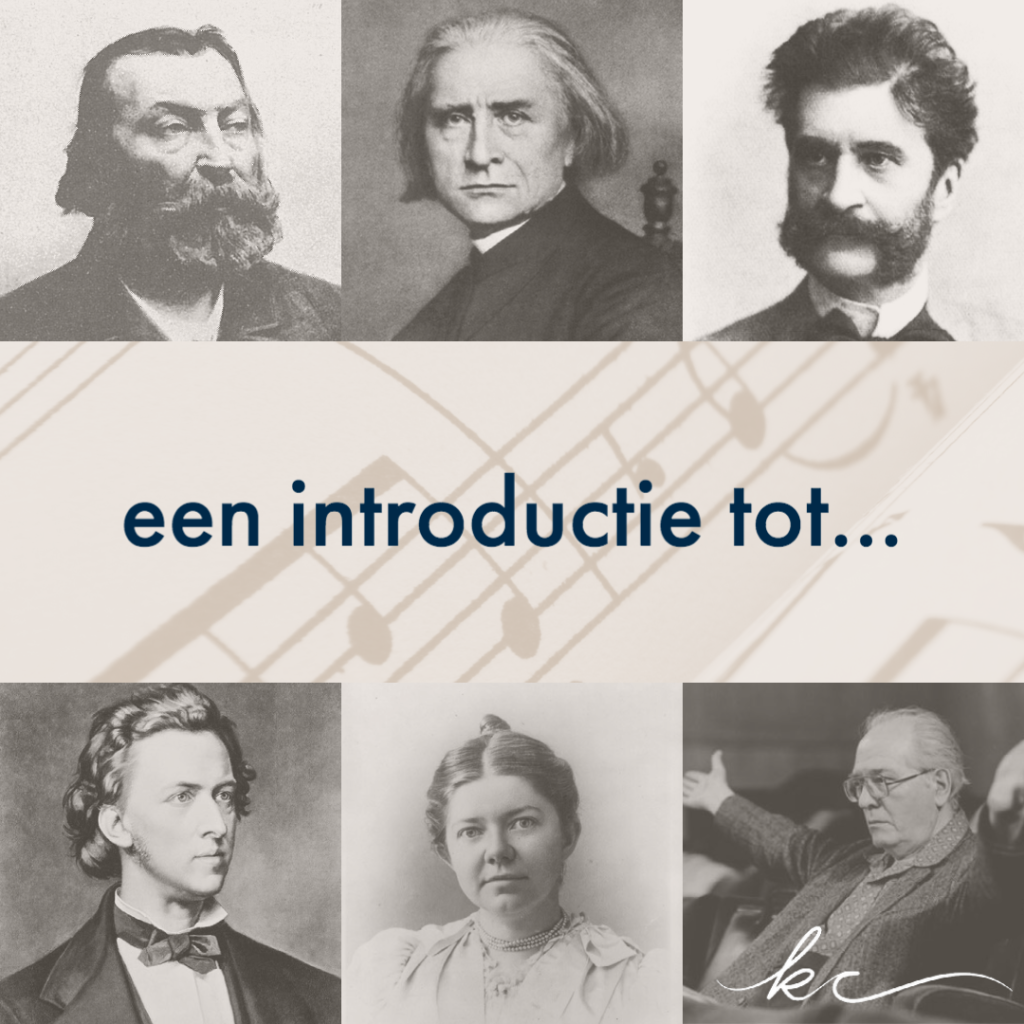 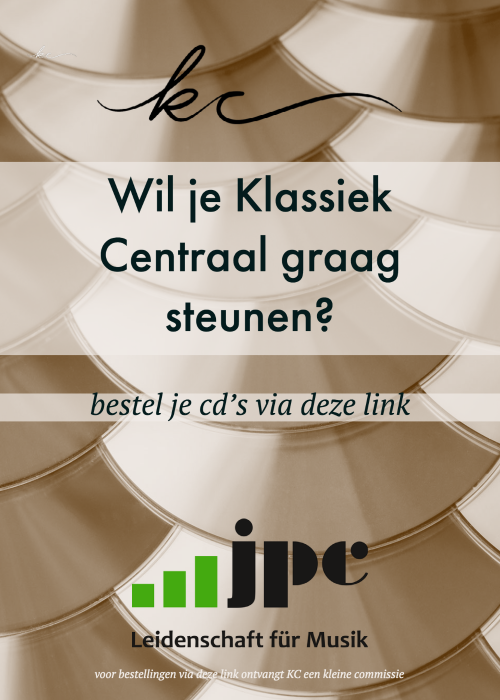