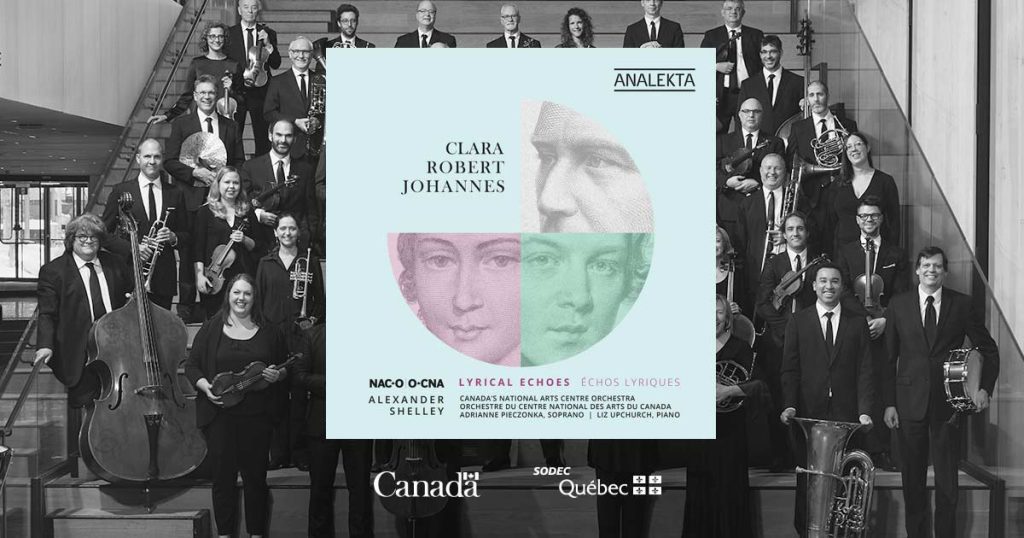 Imagine a night at a public concert back in 1878. An exciting time where music was sparkling and notes were fizzling. The concert hall was a place for grand symphonies, brilliant improvisations and intimate chamber music. The narrative of Lyrical echoes takes place during all this musical fire. It tells the story of three extraordinary individuals who’s music is intertwined in a unique way. To get to know more about the initiative behind this project, it is time for an interview with Maestro Alexander Shelley on his series “Clara, Robert, Johannes”.

Unanimous winner of the 2005 Leeds Conductor’s Competition, he has since worked regularly with the leading orchestras of Europe, North America, Asia and Australasia, including our own Belgian National Orchestra.

The album Lyrical echoes is the second in a series of four double CDs dedicated to the connection between Robert Schumann, Clara Schumann (née Wieck) and Johannes Brahms. What makes these three so special to you to start this project?

Shelley: Any music fan who knows a little bit about these three individuals realizes that this was one of the most fruitful artistic relationships in music history. While for people who don’t know about them, it’s a beautiful series of love affairs. About all different kinds of love. Between those two things—the depth, the meaning and the power of their individual musicianship and then the mutual love, infatuation and ability to support one another—they influenced the history of music. And that made an interesting story to dive into.

Tell us about Clara as a musician…

Shelley: One particular aspect that resonates well with our time, is to move away from “these are the great men who wrote our history” and to remind ourselves that both Robert and Johannes circled around a sun called Clara. She was the most extraordinary person. Her musicianship was exceptional: a brilliant pianist, a brilliant improviser and a brilliant composer. Clara must have been made of steel! She had eight kids and a husband who was brilliant but manic depressive. Through the power of her musical ability, she drew to her a second brilliant man who looked up to her as a mentor and a figure of support. Clara is just this extraordinary individual. We thought that entering this world through her prism would be fascinating. 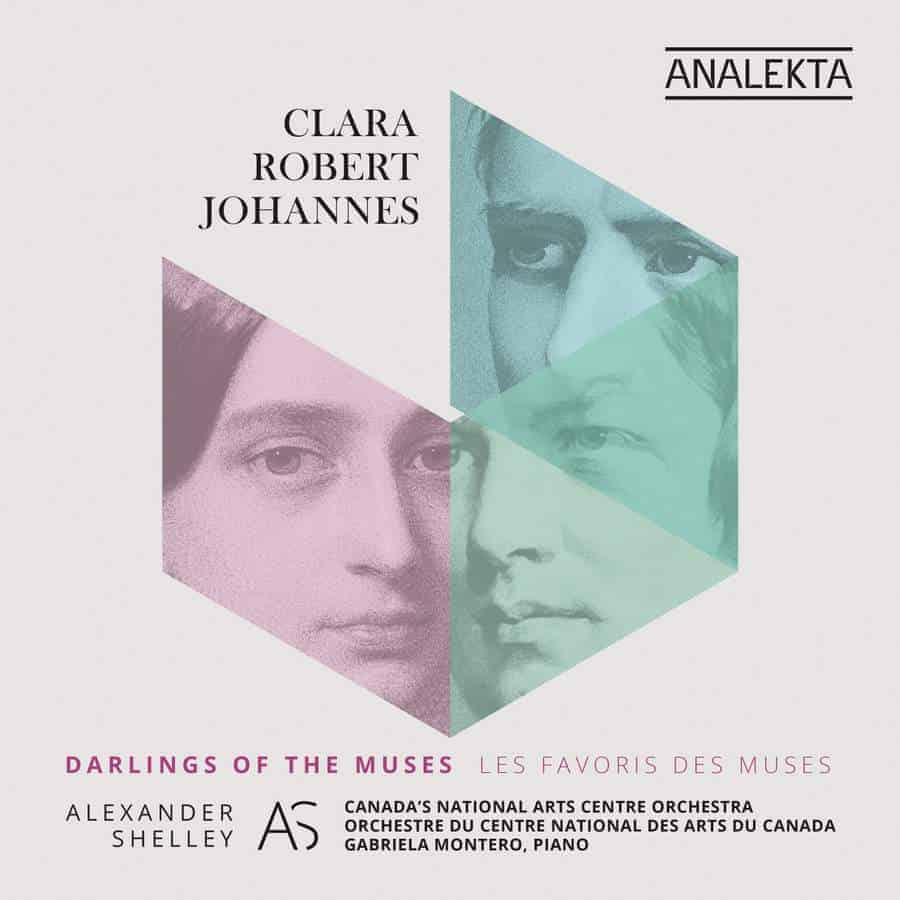 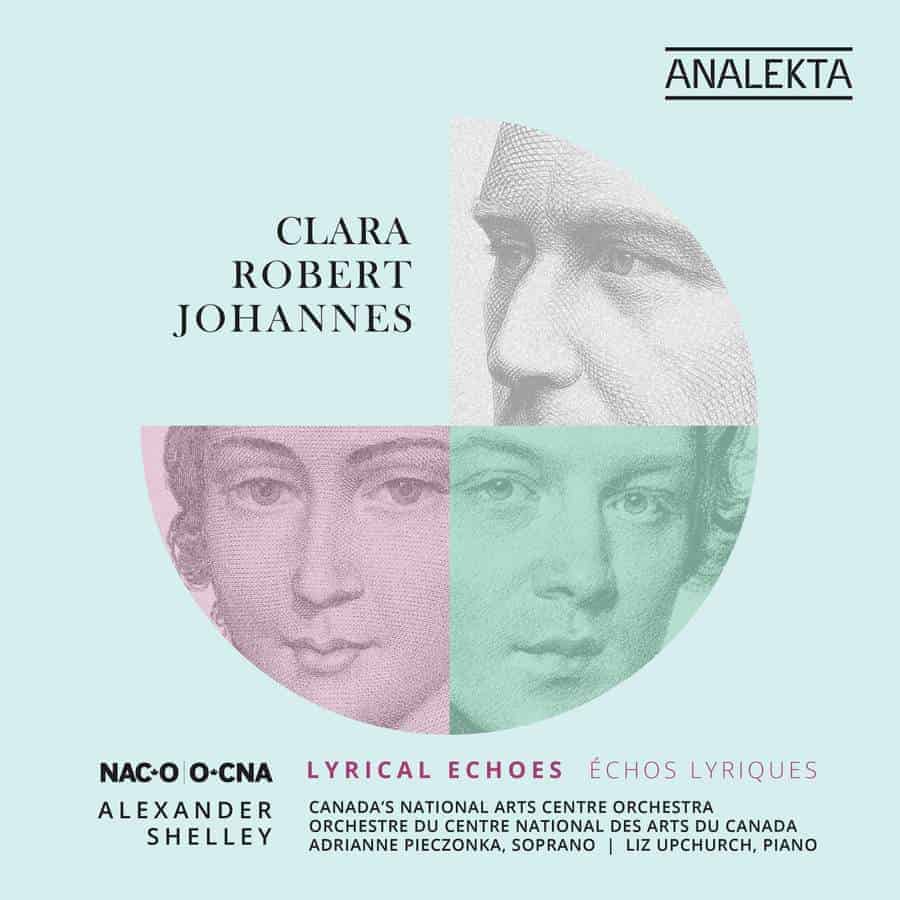 With Clara Schumann as the central point, what challenges did you meet when developing a program around her?

Shelley: As a symphony orchestra, the first challenge that we faced was that Clara didn’t write a lot for this type of ensemble. She has her Piano Concerto in A major which we recorded on the first album with Gabriela Montero. Gabriela is not only a dear friend of mine and the orchestra but shares a lot with Clara Schumann. She is a mother, a great soloist, an improviser and a composer. Gabriela had never played Clara’s piano concerto before. When I asked her, she learned the piece and fell in love with it. On that first disc, we also asked if Gabriela would connect the works together with a set of improvisations in the spirit of Clara Schumann and she did.

Shelley: To take a step back, with this set of four double albums, we’re recording the four symphonies of Schumann and Brahms and glueing them together in pairs using the songs, chamber music and the piano concerto by Clara. But also with improvisations from great living artists of ours—Gabriela in the first album and the great Canadian pianist Stewart Goodyear in the upcoming album—because we wanted to invite our audience into an important part of the spirit of that age. A lot of the compositional creative content happened in real-time through improvisations. It was completely normal that in a concert you might have a symphony, followed by a trio and that somebody connected these by an improvisation on the piano.

How did you decide which works of Clara to use to connect the symphony pairs?

Shelley: For this project, I was looking forward to work with experts in the field. We have Julie Pedneault-Deslauriers who is a Canadian scholar who has written books on Clara Schumann. We also worked together with Jan Swafford who is a brilliant biographer and who writes about music in a way that draws anybody in. Jan and Julie are musicologists who provided us with inspiration and advice as to how to put together these symphonies, songs, chamber music and improvisations in a way that would speak to audiences.

Shelley: For every generation, great symphonies can offer a fresh source of musical fulfilment and adventure; whether you’re talking about Schuman and Brahms or the many other greats. As a performer in this genre there is not a moment where you don’t need to be in command, know why you’re doing certain things and understand all the details of the counterpoint and the structure. Every tempo has a profound meaning. It is art, so it is hard to speak of absolute right or wrong. Yet every decision has to be made through your prism and how you perceive the music. Therefore there is a right or wrong for every individual. In this cd, I concluded how and why I wanted things in a certain way at this point in my life. I tried to bring out what I believe are Brahms’ or Robert or Clara Schumann’s intention. I know that in time, my perception will change, and be different.

Where does the title Lyrical echoes come from?

Shelley: While searching for pieces to connect with these symphonies, we always looked for connections. The name Lyrical echoes refers to song. We chose this title because, in both Brahms’ and Robert Schumann’s symphony, song influenced their compositional process so we bind them together with songs by Clara. Julie talks about this in the notes, on how we chose songs to link across the two symphonies. In terms of their colour, attitude and the meaning of the text. We looked for more intimate pieces that contained the root ideas that return in the symphonies. For example, in Brahms’ second symphony, which ends this second album, there are quotes to be found from his songs, including ‘Es liebt sich so lieblich im Lenze’. Everything is connected through the album but still has a gentle sweep on its own. 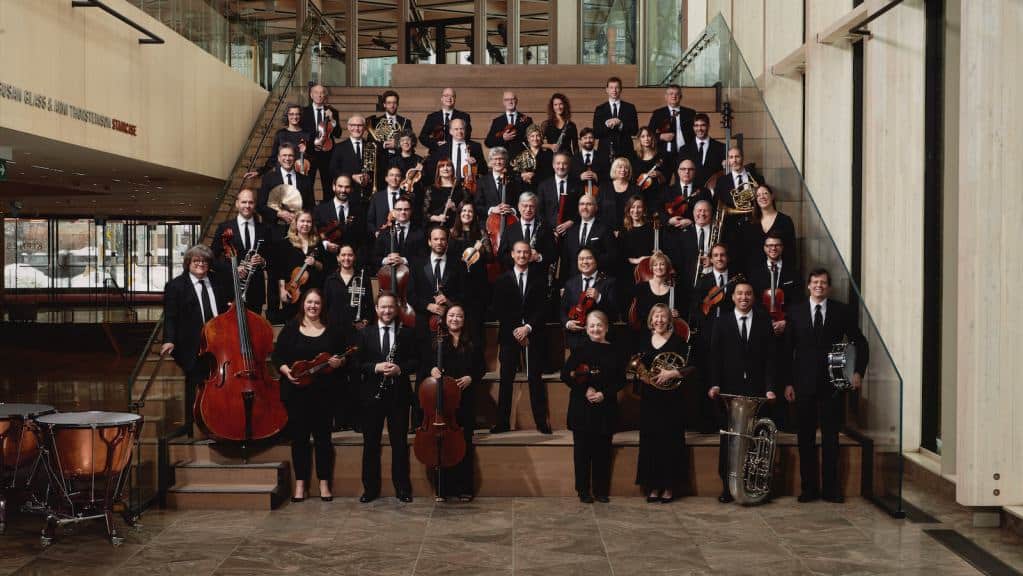 It’s quite a big project with a lot of people involved. That can’t have been easy during a pandemic. What are some of the difficulties you experienced?

Shelley: The main difficulty is that the project has been delayed. We recorded these second symphonies a couple of years back and we toured Europe in 2019 with Brahms’ second. Originally at this point, we were supposed to finish all of them about a year ago and released all of the albums by now. Due to the delays, that wasn’t possible. The only piece for the NAC Orchestra that’s left to record is the fourth symphony of Brahms, which we’re doing in a couple of months. However, we feel very fortunate to take this journey. It’s an incredibly fulfilling experience. Because the process got extended, it allowed us to be with these extraordinary pieces for a bit longer.

What a positive attitude and totally in line with what Clara Schumann once said: “Why hurry over beautiful things? Why not linger and enjoy them?” 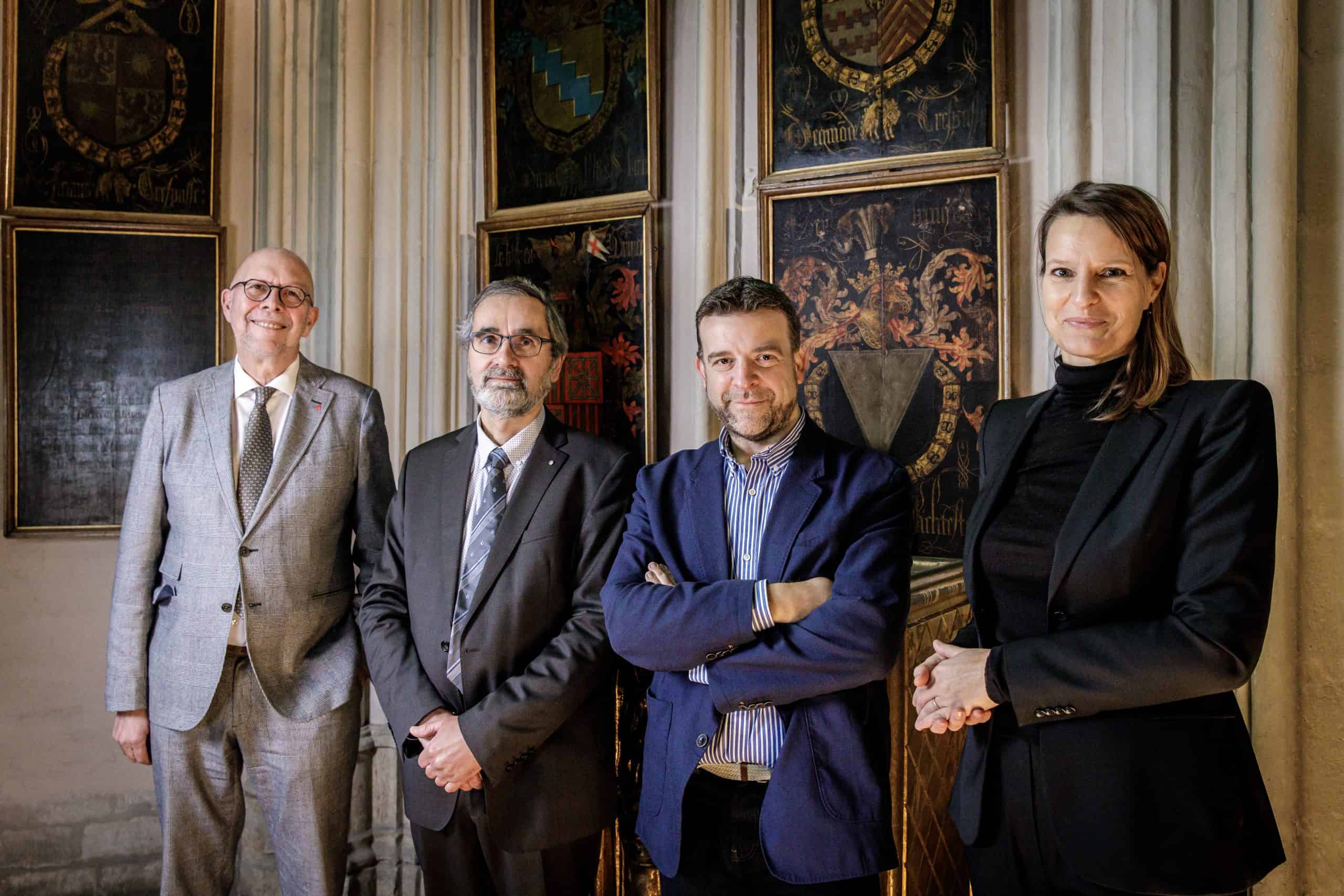 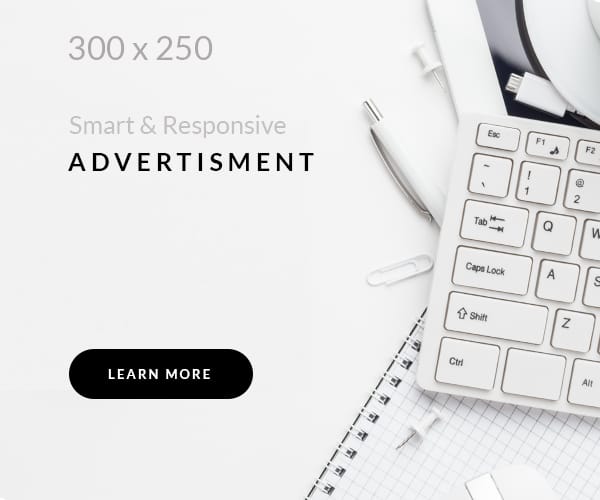 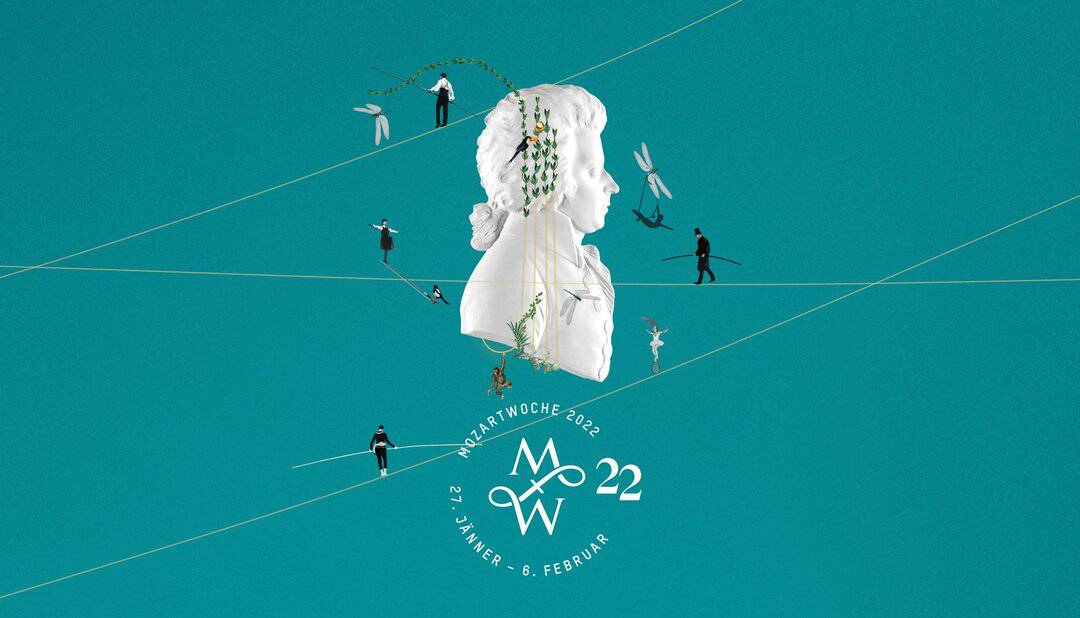 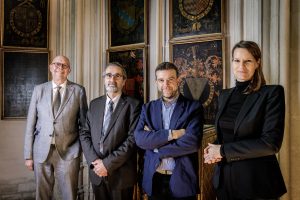